‘as one legend puts it’ 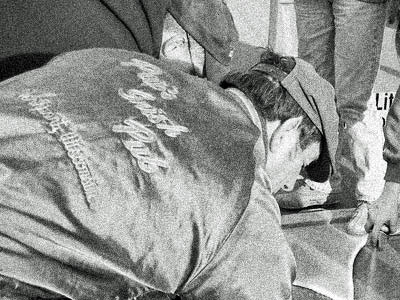 Since Leprechauns always either wear hats or have long hair, only their wives–sworn to secrecy know if Leprechauns actually have pointed ears (or even pointed feet). It is rumored that Leprechauns may actually be Irish Elves. Their heritage is said by some to go way back many hundreds of years to a snowy day at the North Pole. On that day Santa winnowed out the green elves from the red elves because the green elves had an output of intestinal gases that far exceeded the red elves (probably from consuming large amounts of corned beef & cabbage). Santa got many letters asking why his elf-built toys sometimes had an unusual lingering aroma.

Being sneaky in character, where did the green elves now plan to go? Where else could ‘green’ elves go but to the ‘Emerald’ Isle! Once in Ireland they did not want anyone to know that they were elves so they called themselves Leprechauns and married the fair daughters of Irish men.

As the Leprechaun population vastly grew, they spread out across the face of the earth and became notorious for organizing festivities such as St. Patrick’s Day parades, Irish Fests, and Ceili’s. A large colony of these Leprechauns settled in east-central Wisconsin where today they are openly seen each year changing a town’s name to New Dublin for a week of elf-like festive merriment (and the consumption of large amounts of corned beef & cabbage). Another group settled in Milwaukee where they founded The Shamrock Club of Wisconsin and drink green beer. Still others settled in Chicago where they deviously dye the river green each March!