Many Irish settled in the Lebanon Township northwest of New London as the landscape may have reminded them of Ireland. The text below is provided by the New London Public Museum. 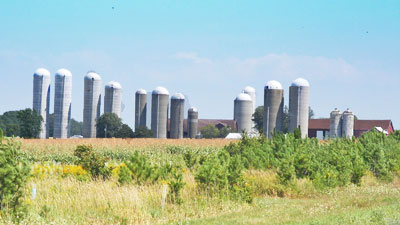 In 1851, an Irishman by the name of William Patrick settled in Phillip’s Mill, now known as Northport. Phillip’s Mill was the northern most settlement at that time along the Wolf River. Seeing it as a booming area, Patrick built a warehouse and sold dry goods and supplies to those looking for new land and opportunities. The upper floor of the Patrick warehouse was home to many of his Irish Catholic countrymen who came to the area to settle.

In 1852, Jerry Egan was the first Irish settler in the Township of Lebanon. It was not long after, that many other Irish settlers came to the area. Some of the family names at that time were Hurley, Flanagan, Sullivan, Loughrin, Gorman, Cram, Malloy, Griffins, Garrity, Nolan, Fitzgerald, O’Brien, Evers, Kelly and many more. It is believed that the rolling hills, lowlands and swamps reminded the new settlers of their home in Ireland. 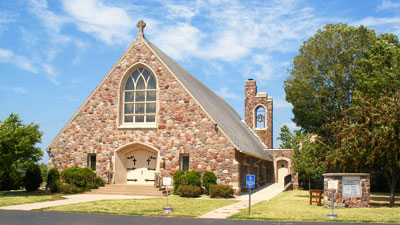 As the area grew, the people felt a Catholic church was needed. Around 1859-1860, Lawrence Egan donated land for a church. George Miracle was the carpenter. When he enlisted in the Civil War, in 1861, the building was put on hold. Many families donated the timber that they had cut and squared themselves. St Patrick’s was completed in 1865 with William Carrol as the carpenter. In 1910, Cornelius Ahearn and his wife Johannah sold one acre of land to St Patrick’s Parish to build a two-story rectory. On July 16, 1933 the church burned down. On September 23, 1934 the rectory burned down. The new church, as well as the rectory, was built from stones from the farmer’s fields. This church is still worshipped in today.

Education was almost as important to the Irish as their faith. A need for a school was soon recognized. Jeremiah Egan and his wife Elizabeth sold one acre of land for $1 to have an academy built. It was located across the road from the church. It was completed in 1875. Tuition was 50 cents per child per month. The St. Agnes Sisters of Fond du Lac took charge of the academy for 7 years. Because it was the only school in the area, children of all faiths attended. As more schools were built, the academy was forced to close in 1890 due to low student enrollment. The academy building was turned into a home with one room designated as a store with a post office. The region was known as Carmel. The neighbors received their mail three times a week. The post office was closed in 1898. The building was torn down in 1909 and the present parish hall was built. 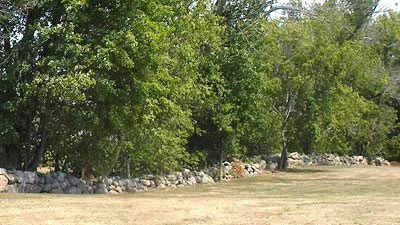 Stone cleared from the land.

The first school was in a small building on the Michael Gorman farm. Martin O’Brien was the teacher. The first pupils were the Gorman children. Later a log school was built. Around 1870 the log school was replaced by a frame building. In 1917, all frame schools were condemned by the state and were replaced with brick buildings. A two-room brick school was built in 1920 at the corner where County trunk N and T meet. This was closed in 1969.

After the Civil War there was a stave factory located on the northeast corner of junction County Trunks N and T. owned by John Servity and Sons. In the 1890’s, Otto Knoke built a co-operated cheese factory with living quarters above it. It was called the Nowell Cheese Factory. After a year he bought up all the other farmers shares and became the sole owner.

In 1889-1890, Mrs. Eva Nicolai applied for a post office. She called it Nowell. A mail route from Royalton with delivery twice a week was established. When Mrs. Nicolai resigned, Mrs. Robert Fitzgerald took over. The post office was out of her home. The post office remained in Nowell until the establishment of the Rural Free Delivery in 1902.

Besides a post office the Fitzgerald’s also had a country store. The store stocked, staple grocers, a small supply of notions, school supplies, tobacco, cigars and some confections. They conducted business there for 9 years. At that time, they built a new store with a dwelling attached to the back located at the northwest corner of T and N. Tim Fitzgerald and his family lived here many years and ran the store. They also boarded the teachers. The store was a great meeting place for the men and there was a dance hall above the store where weekly dances were held. The store was closed in 1953. The buildings are all now gone.